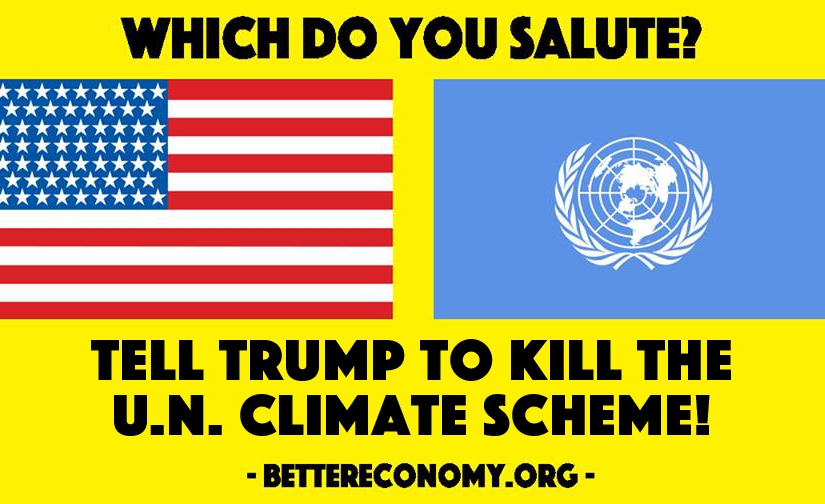 You were elected on a promise to take the United States completely OUT of the United Nation’s Paris climate scheme.

But now your daughter and son-in-law, who serve as your senior advisers, are telling you to keep the U.S. in the U.S. scheme.

They are joined by Rick Perry and Rex Tillerson, who as a corporate CEO lobbied the U.S. Senate to support this globalist nonsense.

I know the scales are tipped in favor of you keeping the U.S. in the U.N. Paris climate scheme…

…but you made a promise!

Even climate researchers who believe in so-called “man-made global warming” say this agreement will have no impact on climate.

So why did Barack Obama’s advisers create this scheme?

In the words of Obama’s science czar John Holdren, their goal is to “de-develop the the United States.”

It’s designed to bring down the United States.

Remove the United States as a signatory to the Paris agreement, and cease all funding in and support of the United Nations!